Translate by Google Translation, for reference only

Recently, a transitional section of a refining and chemical equipment with a diameter of 10 meters was rolled from IRAETA and successfully rolled off the assembly line.

The product has a diameter of 10.1 meters, surpassing all previous domestic forging transition section manufacturing records in China, and there is no weld on the circumference of nearly 32 meters in diameter. This product will be used in the isomerization unit of the Lianyungang project of Shenghong Refining & Chemical Co., Ltd. This is also the seventh piece of integrated seamless forging transition section with a diameter of 10 meters that has rolled off the production line from IRAETA this year. The previous six products were used separately in: 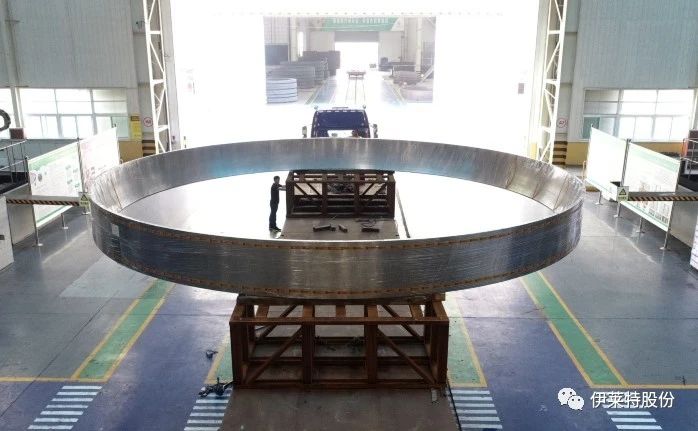 Among them, the Shenghong Petrochemical Lianyungang Project and the Guangdong Petrochemical Project are super large-scale petrochemical and refining integrated projects built in China in recent years, with total investment reaching 66.7 billion and 65.4 billion respectively. Especially the 20 million tons/year heavy oil processing project of Guangdong Petrochemical, which is a joint venture between China National Petroleum Corporation and Venezuela PDVSA. It is a strategic refining and chemical project in China during the "13th Five-Year Plan" period. After the project is put into production, it will have an important impact on China's energy security. 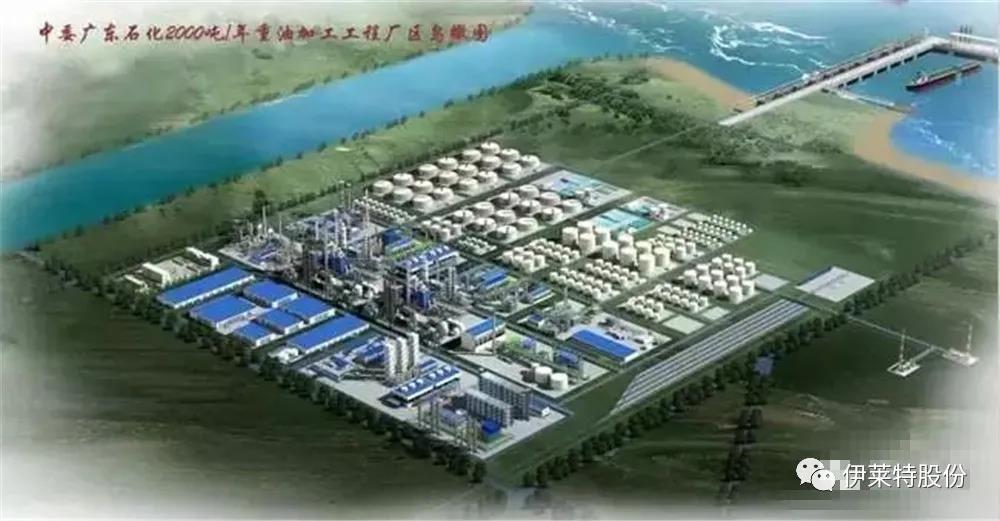 Tailor welded together after forging in sections

The so-called tailor-welding process is to first forge multiple strip forgings of the same size, then perform arcing, grouping, and finally tailor-weld to form a ring, which is difficult and has a long processing cycle. Especially because the transition section of the coke tower is mostly made of chromium-molybdenum steel, the brittleness and temper brittleness of this kind of material itself have high requirements on the welding environment and welding parameters, and unnecessary welds will increase potential risks.

So, what is transition section?

The transition section is welded to the cylinder of the coke drum at the upper part and the conical head at the lower part, which is the key support point for the weight of the entire coke drum. As modern refineries use super-large coke towers, the diameter of the tower is nearly 10 meters, and its own weight is as high as hundreds of tons. In addition to the residual oil + the tower body's hundreds of tons of gravity, the transition section has to withstand operations Internal pressure, defocusing vibration, wind power, ground vibration and other loads. In particular, these changes are still carried out under the conditions of "normal temperature-500 ℃-normal temperature", and the working environment is extremely harsh.

In the connection mode of the coke tower barrel and the skirt, there are usually four types of butt joint, lap joint, surfacing welding and integral forging welding. In 1995, ASME analyzed the stress of these four structures in a report, and found that the overall effect is the best, followed by the overlay welding, and the other two are very poor.

In 1999, ASME analyzed 8 types of integral forging and welding transition sections. The results showed that the optimal integral forging and welding structure has a fatigue life of up to 17,000 times, which is 3.1 times of the surfacing type. The reason is that the overall forged structure has no welds in the high-stress area, so it is more resistant to cracks and improves fatigue life. 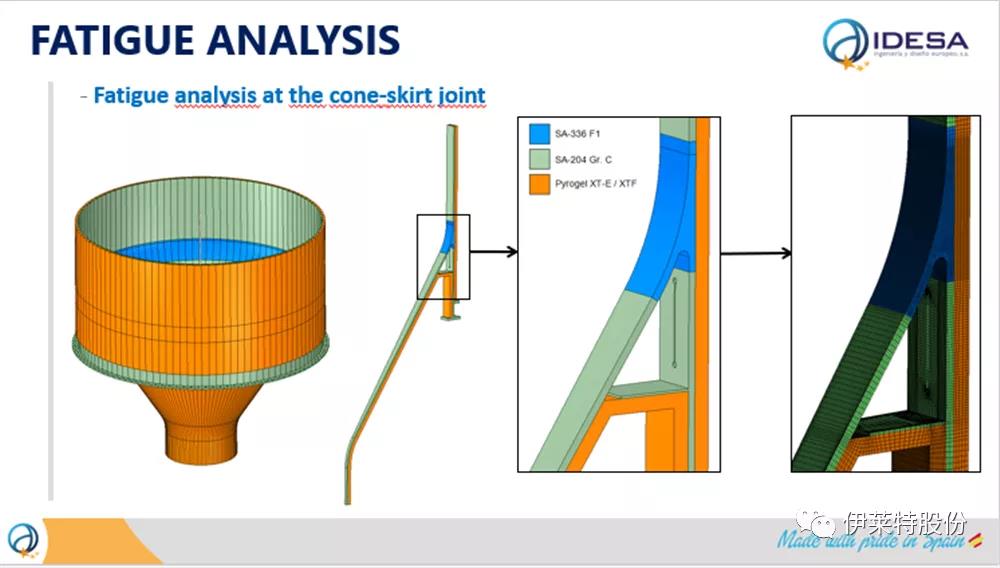 Radial and axial rolling ring rolling mill of IRAETA has a radial rolling force of 2500 tons and an axial rolling force of 1,250 tons. The maximum rolling diameter is 16 meters and the height is 3 meters. It can be described as the "big brother" among similar equipment in the world. So it is fully capable of rolling a 10-meter transition section.

At present, the largest delayed coking unit in the world that can be found is the coke tower provided by India’s L&T for Indian Petroleum. The coke tower has a diameter of 10.67 meters, a height of 45.52 meters, and a weight of 630 tons (the other is located in the Canadian SUMCOR oil sands processing factory, 12.2 meters in diameter). 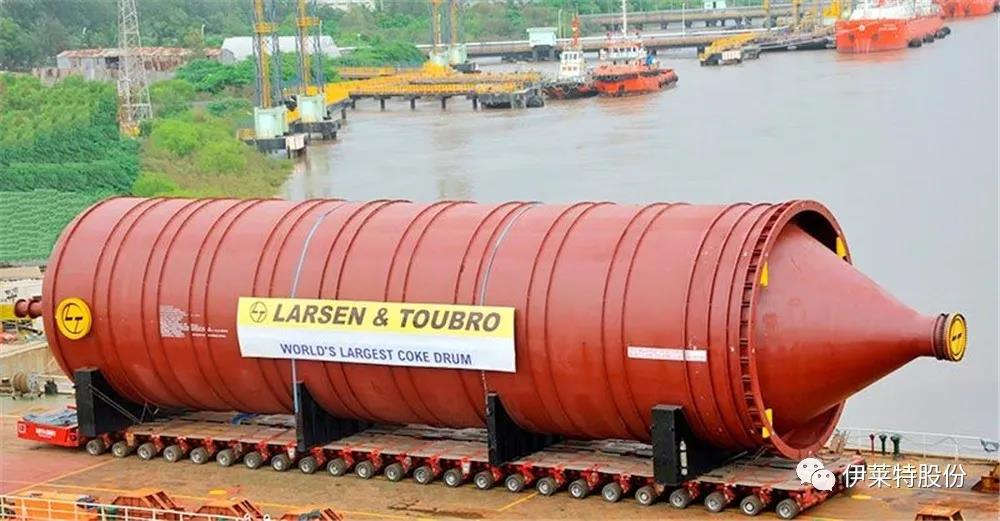 For the refining and chemical industry, delayed coking is still one of the main process routes for deep oil processing. Facing the trend of increasingly base and large-scale international refining and chemical industry, the large-scale and super-large design of coke towers and other equipment is an indisputable fact, and the forging transition section of the current free forging process can hardly satisfy the manufacturing of super-large coke towers. Recently, IRAETA's successful application and stable manufacturing of the "weldless integrated forging" technology on seven large-scale transition sections of ten meters, undoubtedly provide a powerful reference case for the future design of such devices.

In recent years, the dispute between fossil energy and clean energy has been a hot topic in countries all over the world. Although clean energy such as wind power and photovoltaics is developing at an extremely fast speed, in the short to medium term, fossil energy is still indispensable to the global energy system. component.

In the face of increasingly severe energy security and transformation challenges, how to enable fossil energy to serve China’s manufacturing in a more efficient, safer and greener way has become an important issue for China’s refining and chemical industry.

Fortunately, many researchers in China's refining and chemical industry have already begun to take action. They base themselves on new manufacturing technologies, emancipate their minds,and dare to boldly release their imagination. We believe that after the stable manufacturing of the "ring rolling" technology is combined with their innovative ideas, China will make greater contributions to the "green earth", whether in fossil energy or clean energy.

IRAETA is a manufacturing concern that specializes mainly in a diversified range of products within the forgings industry. Our main products include discs, rings, hollows and special-shaped forgings; grinding balls, rods and liners, mainly used in fields such as wind power, nuclear power, UHV, petrochemical, offshore engineering, machinery manufacturing, mining and other fields.

IRAETA now has 1 sales company, 5 business divisions, 7 management centers and 1 overseas factory, covering an area of 350,000 m2 and having over 1,400 employees. For nearly half a century, IRAETA has always been steadfastly devoted to the forging industry. From offshore wind turbines on the Atlantic coast to the oil fields deep in the deserts of the Middle East, to mines in the lofty mountains of Peru, our products have made their mark. Adhering to the values of “honesty, humility, perseverance and work”, IRAETA is committed to creating sustainable value for global customers through high-quality products.

We invite you to learn more about IRAETA by visiting our website at www.iraeta.com and following us on our social media channels: